Washington: In the last 24 hours, 1,336 people died in the Coronavirus pandemic in the United States. This takes the total number of deaths in the United States to 8,454. However, President Trump has expressed fear over the number of fatalities rising rapidly in the next weeks. Trump has alleged that the crisis developed because […] 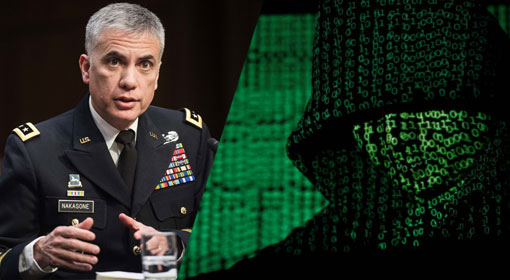 Washington: The security agencies have warned that the security of the US Navy, known for its might at the international level, is under severe threat. A few days ago, there was a shocking revelation that the officers of admiral rank, in the US Navy, were targeted with cyber attacks. Against this background, the US Navy […] Washington: ‘United States does not want confrontation with any other country’s navy in the Mediterranean Sea. But the US navy is in readiness to protect our interests in Syria,’ warned a senior US navy official. A few days ago, the Russian navy chased a United States aircraft carrier in the Syrian marine region. Against this […] Washington: ‘The possibility of an Iranian attack over the Persian Gulf has increased after the nuclear treaty has been scrapped. In view of this, the US Navy has been put on high alert in this region’, a senior US Naval official made this declaration as a warning to Iran. In the last few days, the […]